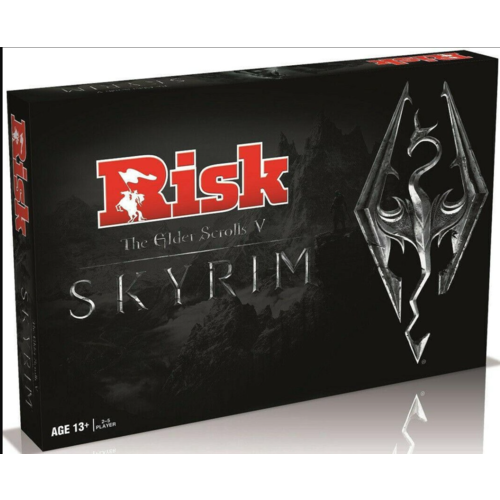 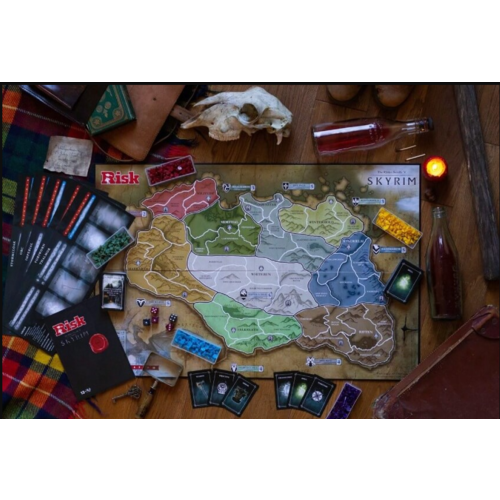 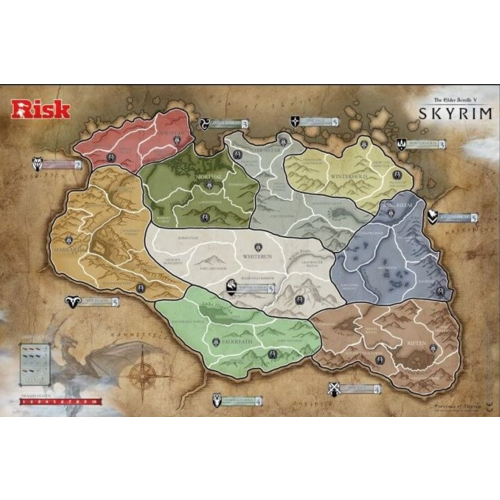 The popular strategy board game heads to Tamriel in the Elder Scrolls V Skyrim Risk! It is the year 4E 201. High King Torygg has been murdered and Skyrim has been plunged into civil war. Some want to break away from the crumbling empire, while others want to remain a part of it. But when the kingdom splits, the prophecy of the Elder Scrolls comes to pass – the dragons return! They terrorise the whole country, leaving nothing but chaos in their wake. Play with your favourite faction and show the others that you are the true Dovahkiin!